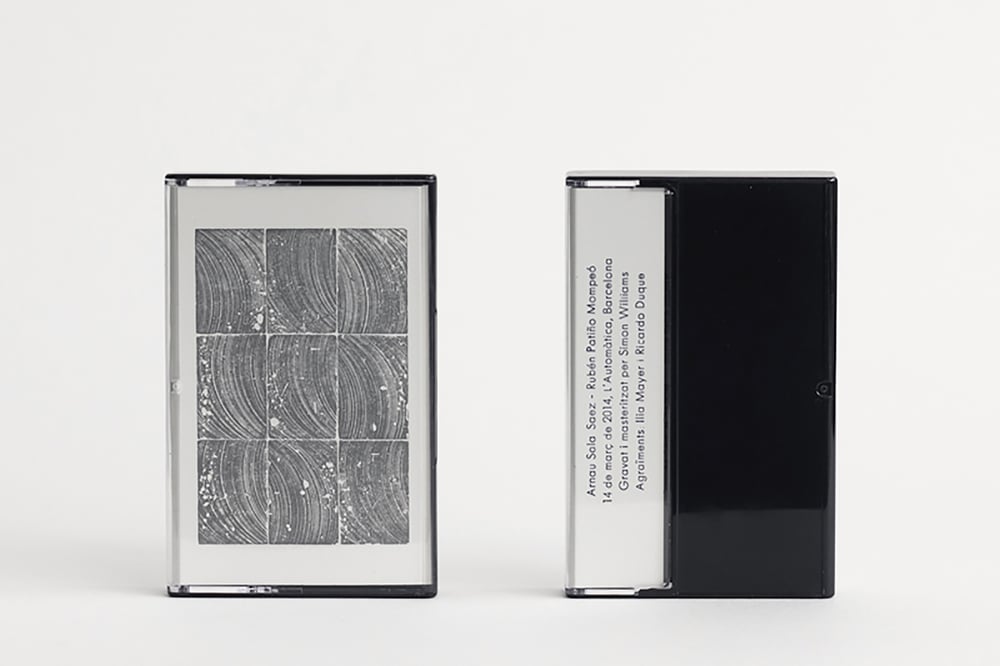 L’Automàtica is a printing press that has been working since the 1950’s and that in recent years was adopted by a group of graphic designers and artists from Barcelona that pretty much saved it from closing down after the main owner’s recently passing away. Since then, this space has not only remained active as a press but it has also been open to the public and involved with happenings of different kinds of natures.
In 2013 Rubén Patiño and I were invited to work on an open collaboration organised by MUNT, one of the few collectives of people connected to the press. Munt focuses on putting together a series of actions which always take place inside the facilities of the press itself. These usually have sound as a central element but have to somehow be connected to the idea and the environment of the press.

While trying to somehow combine the essence of our work and methods we became aware of the connection between Rubén‘s personal fetish with the number 22 (a multiple of eleven) and my fetish with number 11. So from the beginning we knew that had to be the starting point.
We began digging into the idea of the traditional press and printing as a way of catapulting mass information, as well as modern techniques versus obsolete technologies generating similar/analog vocabularies. We met up in several occasions while he was visiting Barcelona and created a visual language developed from icons extracted from early post-medieval catalan prints and auques. Every icon was associated to a sound or action. Some sounds were designed by Rubén and some were designed by me, and same thing with the actions. With that system we created a piece that worked like a dialogue between Rubén’s sounds, graphics, actions and mine.
It consisted of two sections:

On March 14th of 2014 we presented the piece at the press. It was documented but so far we only have access to a recording of the live sound which was released as a cassette tape. You can hear / purchase a digital version of the recording below.